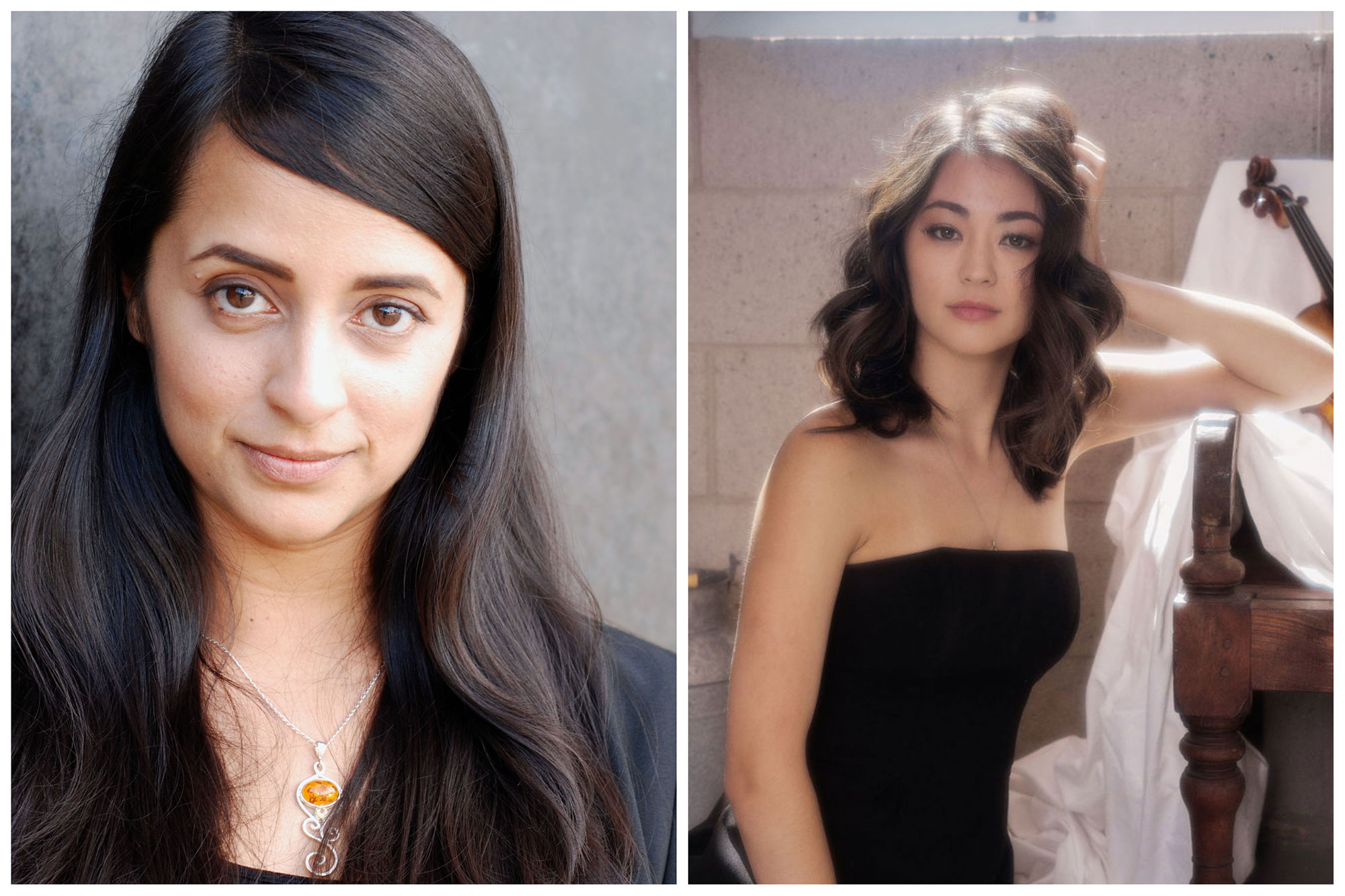 Coretet’s current commission is with Reena Esmail to write a solo piece for violin for Simone Porter.

Indian-American composer Reena Esmail works between the worlds of Indian and Western classical music, and brings communities together through the creation of equitable musical spaces

“She is so at home in the different styles. I’m more excited about Reena and her compositional voice than just about anybody that I’ve worked with in recent years. She’s obviously fiercely brilliant and a gifted musician, but what makes her music special is the fact that she’s able to channel this incredible empathy and complex understanding of the human experience into music that’s crystal clear, beautiful, thought-provoking and unlike anything I’ve ever heard before.”

Simone Porter is a very talented young violinist whose career is already off to a good start.

[Porter’s] assured, lovingly lyrical, occasionally frisky playing only confirmed what is becoming common knowledge in the musical world: that she is on the cusp of a major career.

This commission is to be completed by the end of Summer 2021. Please join us with your donation below to make this new work of music be a part of the world of violin solos

Performance of
donate to
Reena Esmail And Simone Porter

Reena Esmail has been commissioned to write a solo piece for violin for the very talented Simone Porter.  Reena is an amazing composer who works between the worlds of Indian and Western classical music.  She spends time getting to know the musicians she writes for, creating very special pieces of music for them.

Please join us in funding this new piece of music.

donate to
Future Commissions by
Reena Esmail And Simone Porter 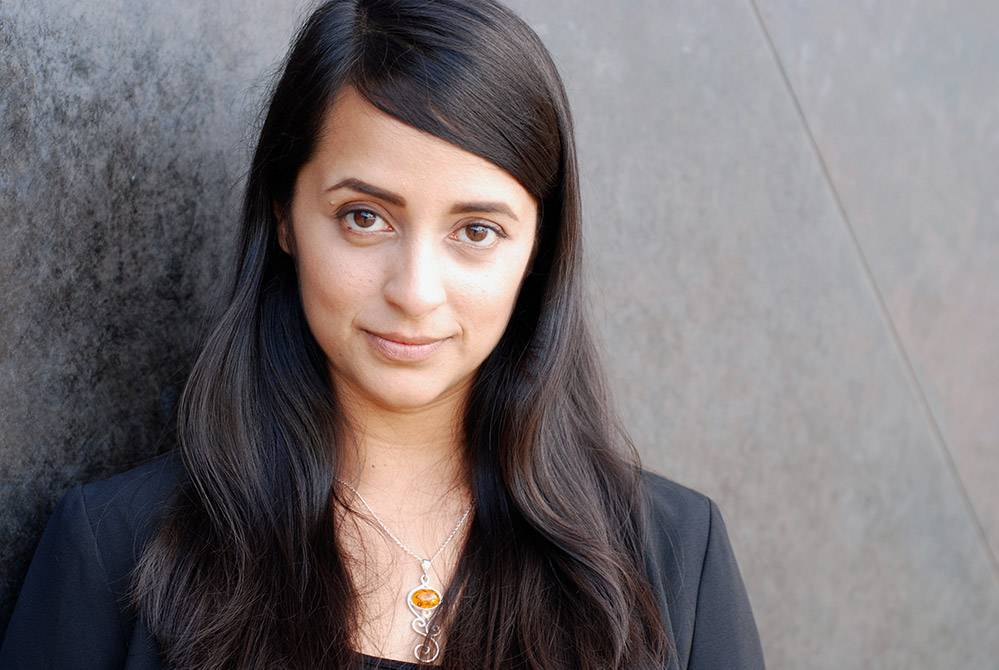 Esmail is the Los Angeles Master Chorale's 2020-2023 Swan Family Artist in Residence, and Seattle Symphony's 2020-21 Composer-in-Residence. Previously, she was named a 2019 United States Artist Fellow in Music, and the 2019 Grand Prize Winner of the S & R Foundation's Washington Award. Esmail was also a 2017-18 Kennedy Center Citizen Artist Fellow. She was the 2012 Walter Hinrichsen Award from the American Academy of Arts and Letters (and subsequent publication of a work by C.F. Peters)

Esmail was Composer-in-Residence for Street Symphony (2016-18) and is currently an Artistic Director of Shastra, a non-profit organization that promotes cross-cultural music connecting music traditions of India and the
West. 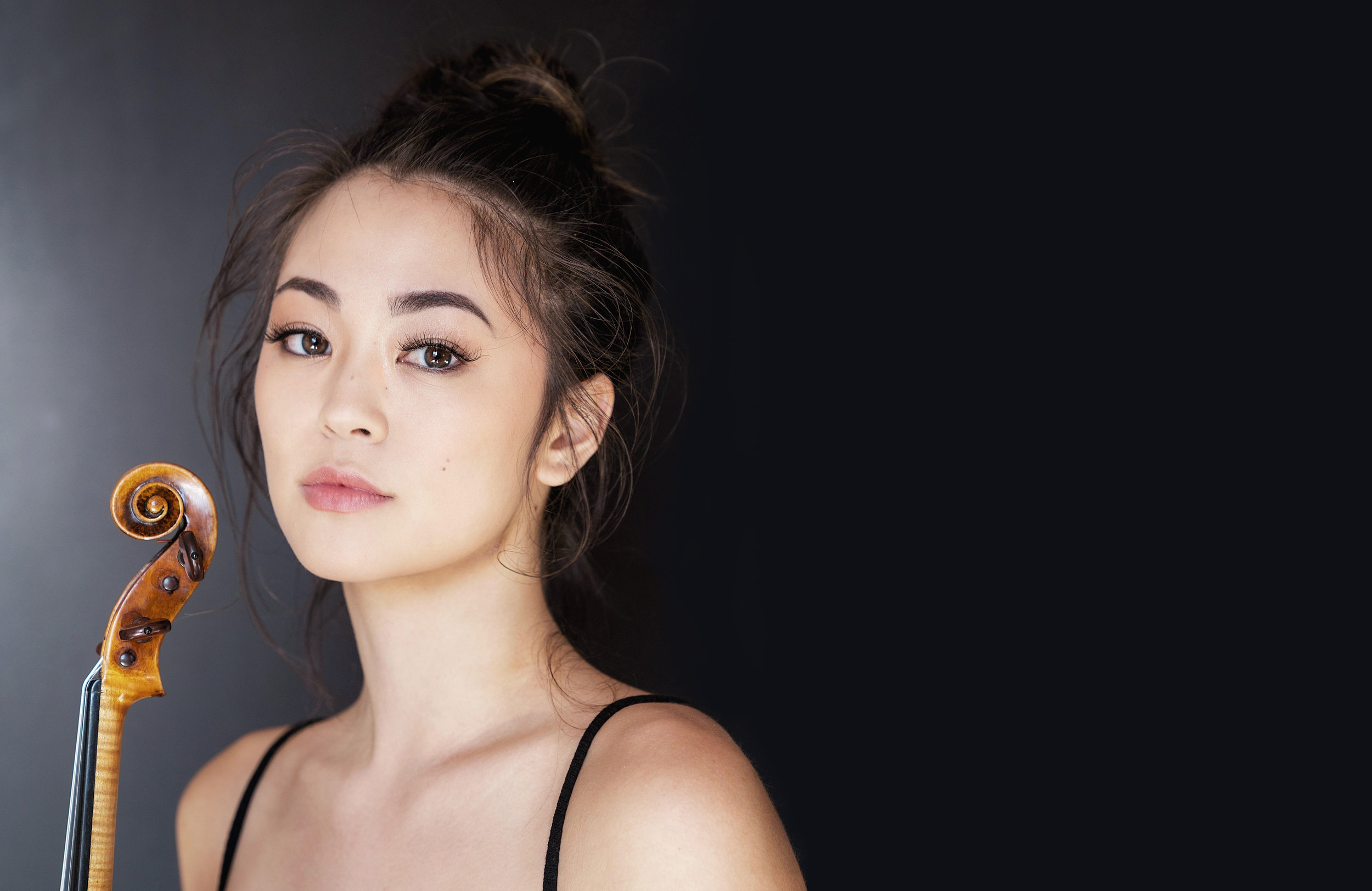 Violinist Simone Porter has been recognized as an emerging artist of impassioned energy, interpretive integrity, and vibrant communication. In the past few years she has debuted with the New York Philharmonic, the Philadelphia Orchestra, the Los Angeles Philharmonic; and with a number of renowned conductors, including Stéphane Denève, Gustavo Dudamel, Yannick Nézet-Séguin, Nicholas McGegan, Ludovic Morlot, and Donald Runnicles. Born in 1996, Simone made her professional solo debut at age 10 with the Seattle Symphony and her international debut with the Royal Philharmonic Orchestra in London at age 13. In March 2015, Simone was named a recipient of an Avery Fisher Career Grant.

Highlights of Simone’s 2019/20 season include performing Beethoven with the Colorado Symphony, Mendelssohn with New Jersey Symphony, Brahms with the Pacific Symphony, and the Brahms Double Concerto with the Charlotte Symphony. She also tours extensively throughout the US, including concerts with the Wyoming, Arkansas, Santa Rosa, Amarillo, Pasadena, Fairfax, and Midland Symphonies; the Rochester, Westchester, and Greater Bay Philharmonics; and the Sarasota Orchestra and the Northwest Sinfonietta.

At the invitation of Esa-Pekka Salonen, Simone performed his work ‘Lachen verlernt’ (‘Laughing Unlearnt’), at the New York Philharmonic’s “Foreign Bodies,” a multi-sensory celebration of the work of the composer and conductor. In recent seasons, she has also appeared at the Edinburgh Festival performing Barber under the direction of Stéphane Denève, and at the Mostly Mozart Festival performing Mozart under Louis Langrée. She has also performed with the Los Angeles Philharmonic at the Hollywood Bowl with both Nicholas McGegan and Ludovic Morlot, and at Walt Disney Concert Hall with Gustavo Dudamel. Other orchestras with whom she has appeared in recent seasons include the Detroit, Cincinnati, Houston, Seattle, Pittsburgh, Indianapolis, Nashville, Utah, and Baltimore Symphonies, and the Minnesota Orchestra. She also made her Ravinia Festival recital debut, her debut at the Grand Teton Music Festival, and multiple solo performances as a guest artist at the Aspen Music Festival.

Internationally, Simone has performed with the Simón Bolívar Symphony Orchestra with Gustavo Dudamel; the Orquestra Sinfônica Brasileira in Rio de Janeiro; the National Symphony Orchestra of Costa Rica; the City Chamber Orchestra of Hong Kong; the Royal Northern Sinfonia; the Milton Keynes City Orchestra in the United Kingdom; and the Opera de Marseilles.

Simone made her Carnegie Zankel Hall debut on the Emmy Award-winning TV show From the Top: Live from Carnegie Hall followed in November 2016 by her debut in Stern Auditorium. In June 2016, her featured performance of music from Schindler’s List with Maestro Gustavo Dudamel and members of the American Youth Symphony was broadcast nationally on the TNT Network as part of the American Film Institute’s Lifetime Achievement Award: A Tribute to John Williams.

Raised in Seattle, Washington, Simone studied with Margaret Pressley as a recipient of the Dorothy Richard Starling Scholarship, and was then admitted into the studio of the renowned pedagogue Robert Lipsett, with whom she studied at the Colburn Conservatory of Music in Los Angeles. Summer studies have included many years at the Aspen Music Festival, Indiana University’s Summer String Academy, and the Schlern International Music Festival in Italy.

Simone Porter performs on a 1740 Carlo Bergonzi violin made in Cremona Italy on generous loan from The Master’s University, Santa Clarita, California.