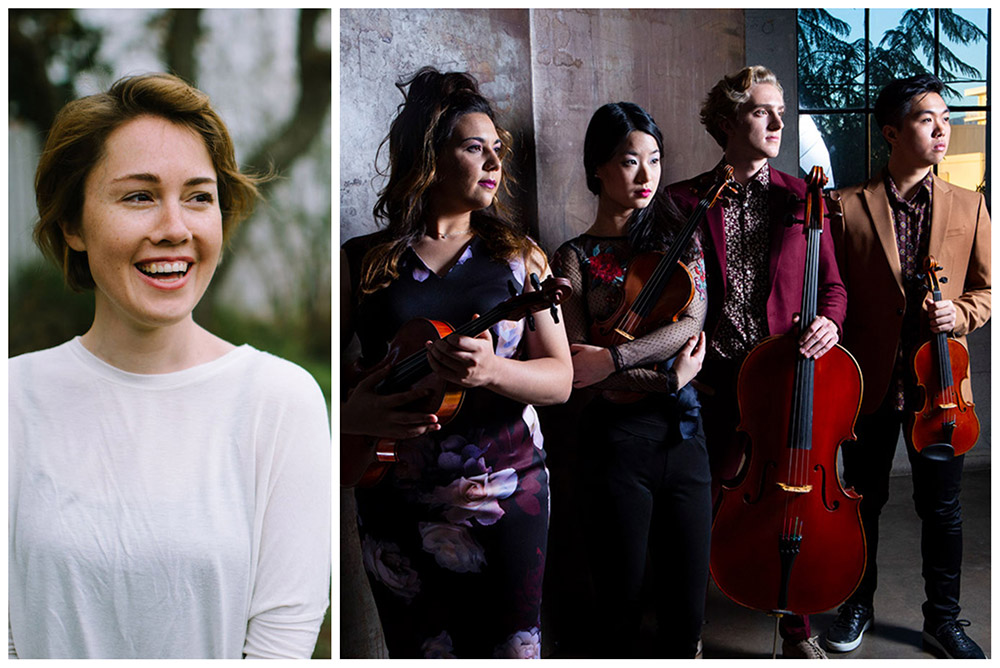 The Evergreen by Caroline Shaw

Coretet was a co-commissioner for a new string quartet by Caroline Shaw for the Viano String Quartet:  Hao Zhou, violin, Lucy Wang, violin, Aiden Kane, viola and Tate Zawadiuk, cello.  This became The Evergreen and was first performed by the Viano String Quartet on March 7, 2021.  This new 3 movement piece of music is a great addition to the world of string quartets.

In 2013 , at the age of 30, Caroline was the youngest to receive the Pulitzer Prize for Partita for 8 Voices.  String Quartets are among the strongest work she has done, some of which can be heard on the Calidore String Quartet’s album, Babel, which includes the Three Essays commissioned by Coretet.  More of her string quartets can be heard on the album, Orange, with the Attacca Quartet.  We are happy to be a part of commissioning another string quartet.

For additional information about Caroline Shaw and to hear some of her music please visit her website at http://www.carolineshaw.com 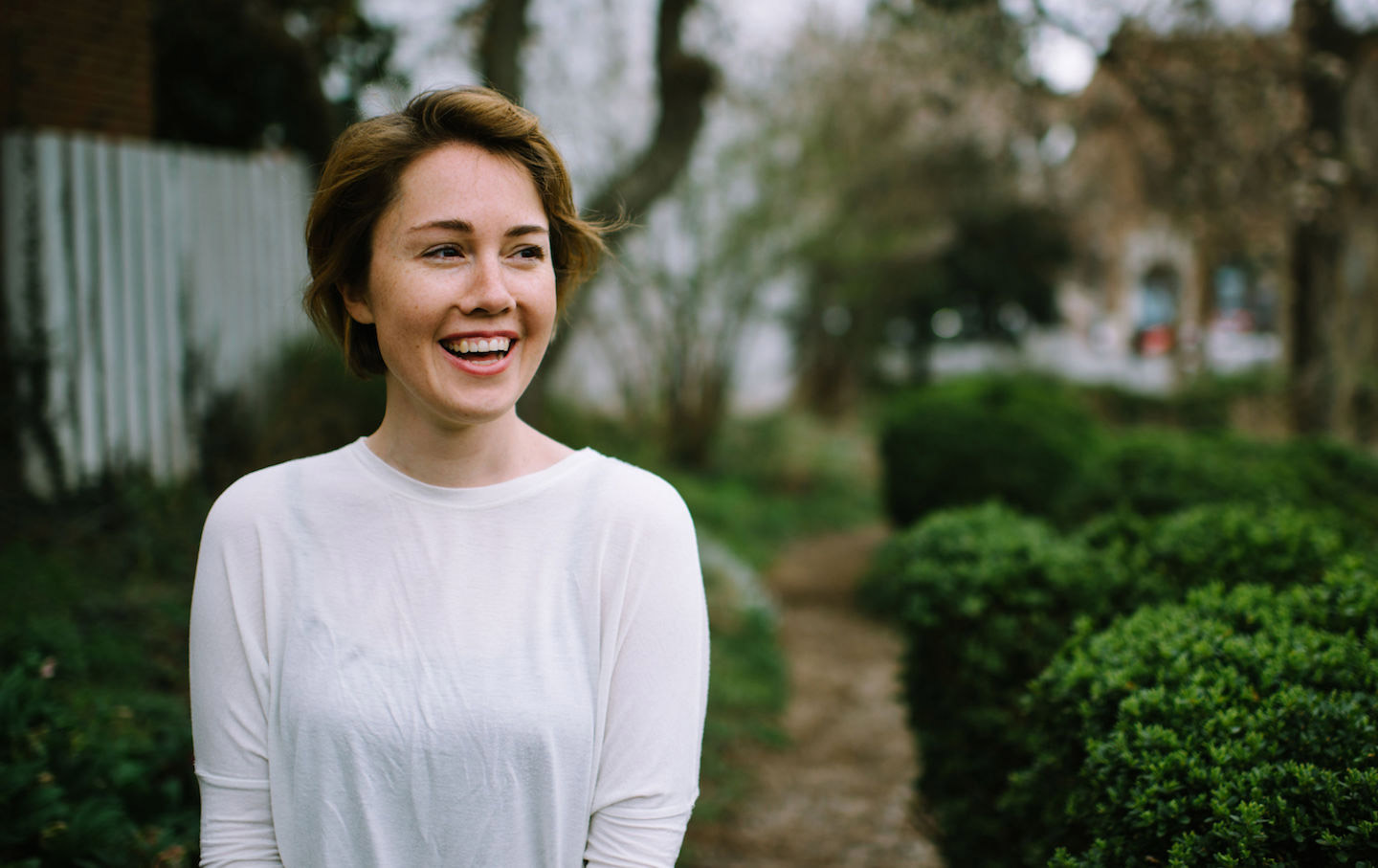 Caroline Shaw is a New York-based musician—vocalist, violinist, composer, and producer—who performs in solo and collaborative projects. She was the youngest recipient of the Pulitzer Prize for Music in 2013 for Partita for 8 Voices, written for the Grammy-winning Roomful of Teeth, of which she is a member. Recent commissions include new works for Renée Fleming with Inon Barnatan, Dawn Upshaw with Sō Percussion and Gil Kalish, Seattle Symphony, Anne Sofie von Otter with Philharmonia Baroque, the LA Philharmonic, Juilliard 415, the Orchestra of St. Luke’s with John Lithgow, the Dover Quartet, TENET, The Crossing, the Mendelssohn Club of Philadelphia, the Calidore Quartet, Brooklyn Rider, the Baltimore Symphony, and Roomful of Teeth with A Far Cry. Caroline’s film scores include Erica Fae’s To Keep the Light and Josephine Decker’s Madeline’s Madeline as well as the upcoming short 8th Year of the Emergency by Maureen Towey. She has produced for Kanye West (The Life of Pablo; Ye) and Nas (NASIR), and has contributed to records by The National, and by Arcade Fire’s Richard Reed Parry. Once she got to sing in three part harmony with Sara Bareilles and Ben Folds at the Kennedy Center, and that was pretty much the bees’ knees and elbows. Caroline has studied at Rice, Yale, and Princeton, currently teaches at NYU, and is a Creative Associate at the Juilliard School. She has held residencies at Dumbarton Oaks, the Banff Centre, Music on Main, and the Vail Dance Festival. Caroline loves the color yellow, otters, Beethoven opus 74, Mozart opera, Kinhaven, the smell of rosemary, and the sound of a janky mandolin. 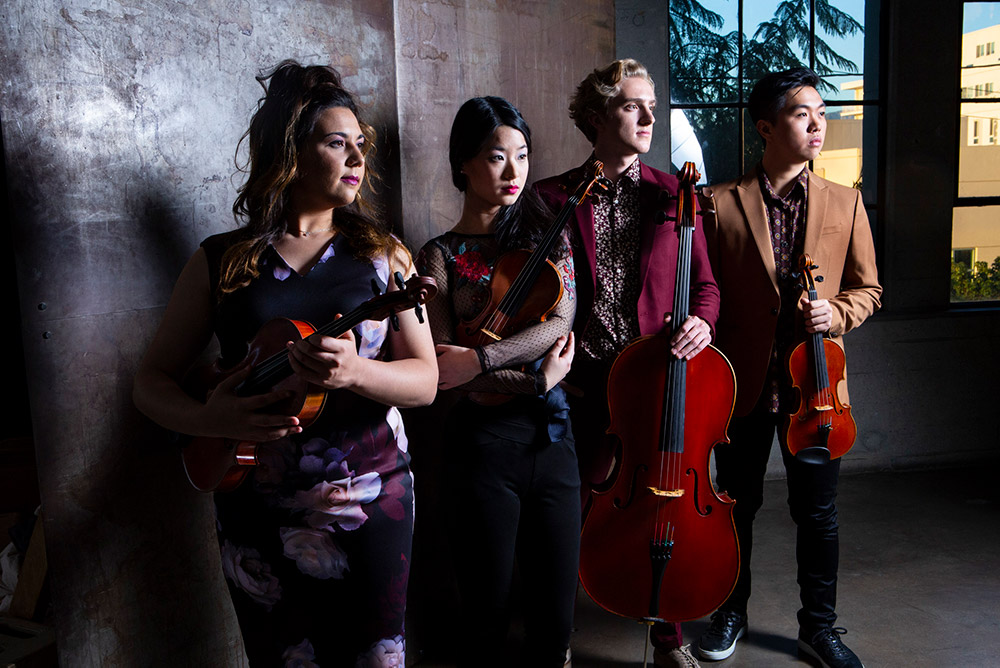 Praised for their “huge range of dynamics, massive sound and spontaneity” (American Record Guide), the Viano String Quartet are First Prize winners of the 2019 Banff International String Quartet Competition. Formed in 2015 at the Colburn Conservatory of Music in Los Angeles, where they are Ensemble-in-Residence through the 2020-21 season, the quartet has performed in venues such as Wigmore Hall, Place Flagey, Konzerthaus Berlin, and Segerstrom Center for the Arts.

Since the COVID-19 pandemic started, the Viano String Quartet has been actively presenting virtual and socially distanced live concerts for various organizations, including the Dallas Chamber Music Society, the Schneider Series at the New School, the Great Lakes Chamber Music Festival, the Friends of Chamber Music of Troy, the Salt Lake Chamber Music Society, and the Banff International String Quartet Festival. With their colleagues in the Calidore String Quartet, they presented a movement of the Mendelssohn Octet while distanced across countries in a film project “The Way Forward.” As part of the Banff International String Quartet Competition prize, the quartet will be in residence at the Meadows School of Music at the Southern Methodist University through the 2022-23 season. For two weeks each semester, they will perform side-by-side concerts, coach chamber ensembles, and initiate projects within the SMU community.

Their 2019-20 season saw performances on three continents, including debuts in Berlin, Paris, Bremen, Brussels, Vancouver, and Beijing among other cities. The quartet also gave several performances within Los Angeles at Boston Court, the Music Guild, and Zipper Hall, and produced a recording with the Canadian Broadcasting Corporation. They have collaborated with world-class musicians such as pianists Emanuel Ax and Elisso Virsaladze, violist Paul Coletti, violinist Noah Bendix-Balgley, and vocalist Hila Plitmann.

Committed to engaging with communities outside the concert hall, the Viano String Quartet has given presentations for school children and students of all ages through residencies in Bellingham, Washington—the “Play it Forward” residency, a collaboration between the Bellingham Festival of Music and the Whatcom Symphony to reach school children in the northern Washington State area—Northern Michigan University, and the Santa Monica Conservatory. In 2019 they gave multiple performances of “Over the Top”, a Musical Encounter Interactive presentation they scripted, developed and performed at the Colburn School for inner city school children.

The name “Viano” was created to describe the four individual instruments in a string quartet interacting as one. Each of the four instruments begins with the letter “v”, and like a piano, all four string instruments together play both harmony and melody, creating a unified instrument called the “Viano”.