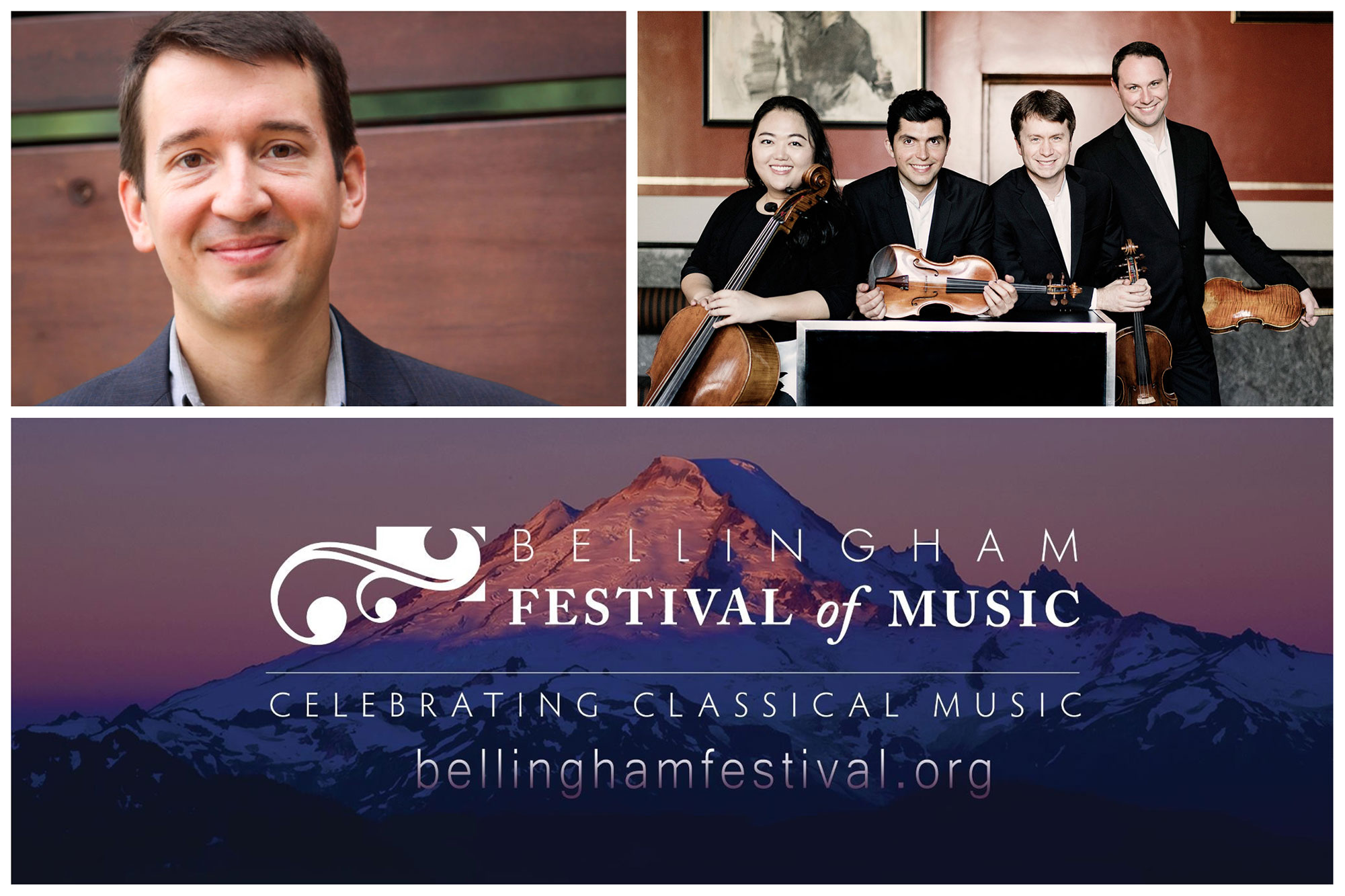 Performance of
Aurum Tetra: Concerto for string quartet and Orchestra 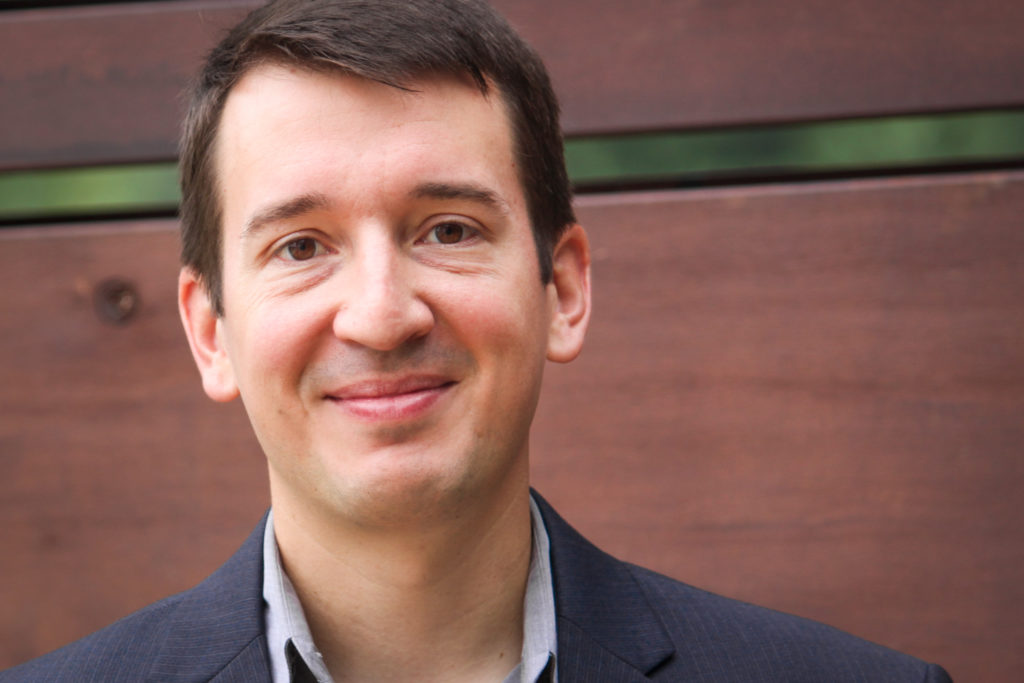 The music of Benjamin Dean Taylor (born 1983), has been described as “elegant and energetic” (Kenneth Thompson) and “powerful and direct with delightful surprises in each work.” (Marilyn Shrude) Having grown up as a performer in jazz, rock, ska, country, and concert bands as well as in choirs and orchestras, Taylor is driven to write music that highlights the strengths of each performing ensemble. His catalog of more than 100 works covers a large range of styles and genres including music written for orchestra, wind band, opera, choir, jazz big band, gamelan, chamber ensembles, and soloists with live electronics. Further, Taylor has written music for multimedia collaborations with dancers, filmmakers, poets, and visual artists.

Taylor has received commissions from ensembles including the Calidore String Quartet, Omaha Symphony, Solaire Saxophone Quartet, New World Youth Symphony, and the Detroit Symphony Orchestra Civic Wind Symphony. His music has been performed by ensembles around the world including the Cleveland Chamber Symphony, American Composers Orchestra, Kenari Quartet, L’ensemble Itineraire, Nurnberg Hochschulorchester and has been championed by soloists Keith Kirchoff, Zach Herchen, and Scotty Stepp. As a sought-after composer for wind band, Taylor has been commissioned by over 100 band directors of players at all educational levels.

Recently named a recipient of a commission from the Barlow Endowment, Taylor’s prizes and honors include Winner in the 2013 Ticheli Composition Contest, a grant from the Indiana Arts Council (2015), Dean’s Prize in Composition from Indiana University (2013), BMI Student Composers Award (2011), Winner in the American Composers Orchestra Underwood New Music Readings (2012), and an ASCAP Young Jazz Composer Award (2011). His music has received performances at festivals including the College Band Directors National Association Conference, Society of Electroacoustic Music in the United States National Conference, Society of Composers National Conference, International Society of Bassists Conference, International Double Reed Society Conference, Scandinavian Saxophone Festival, and international jazz festivals in Edinburgh, Marlborough and Birmingham. His compositions have been featured on the radio and television including NPR’s “Says You.” 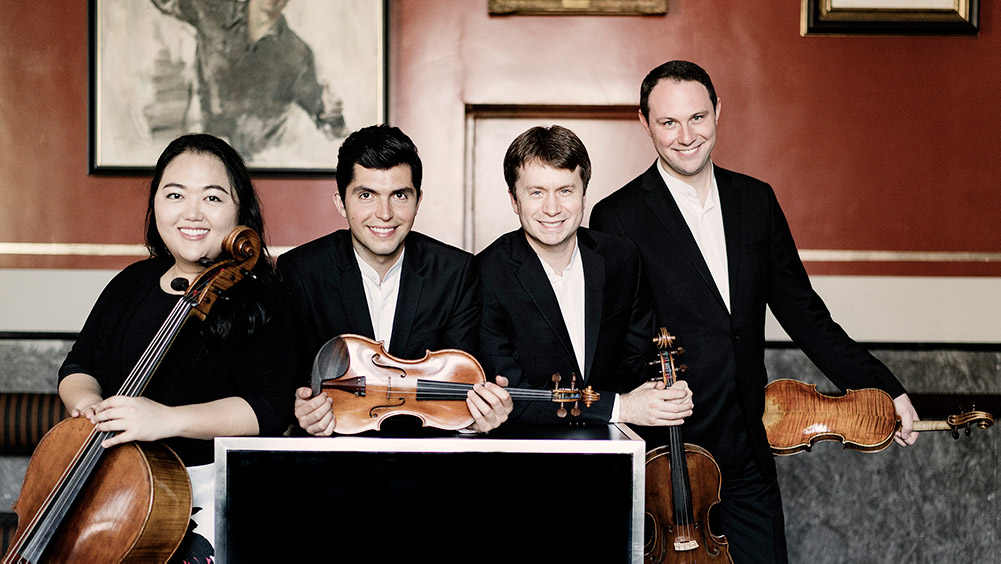 The Calidore String Quartet has been praised by the New York Times for its “deep reserves of virtuosity and irrepressible dramatic instinct.” The Los Angeles Times described the quartet as “astonishing,” their playing “shockingly deep,” approaching “the kind of sublimity other quartets spend a lifetime searching” and praised its balance of “intellect and expression.” The Washington Post has said that “Four more individual musicians are unimaginable, yet these speak, breathe, think and feel as one.”

Recipient of a 2018 Avery Fisher Career Grant and a 2017 Lincoln Center Emerging Artist Award, the Calidore String Quartet first made international headlines as winner of the $100,000 Grand Prize of the 2016 M-Prize International Chamber Music Competition. The quartet was the first North American ensemble to win the Borletti-Buitoni Trust Fellowship, was a BBC Radio 3 New Generation Artist, and is currently in residence with the Chamber Music Society of Lincoln Center’s Bowers Program.

During the 20/21 season heavily affected by the pandemic, the Calidore continue to reach out to online audiences performing in empty concert halls or from their home studio including the opening concert of the newly created series by the Chamber Music Society in New York, a rare outdoor performance on the Lincoln Center Plaza and a concert at the Kennedy Center. They performed streamed concerts from the Caramoor Festival, Spivey Hall, Emerald City Music, Asheville Chamber Music Series, Chamber Music Monterey Bay and the Music@Menlo Festival. In 2021, the Calidore will premiere a new string quartet by Hannah Lash commissioned by the Segerstrom Center for the Arts, the Amsterdam Concertgebouw and Baltimore’s Shriver Hall. They also  In February 2021 the Calidore begin their recording of the complete Beethoven String Quartet cycle for Signum Records.

In the 2019‒20 season, the Calidore String Quartet celebrates both its tenth anniversary and the 250th anniversary of Beethoven’s birth by presenting cycles of his string quartets at the Colburn School in Los Angeles, and the Universities of Buffalo, Toronto, and Delaware. In Europe, they will perform Beethoven quartets in Antwerp, Dresden, and at and the Rheingau Musik Festival.  Additionally, the Calidore premieres a new work by composer Anna Clyne inspired by Beethoven’s Grosse Fuge and commissioned by Music Accord in performances at Lincoln Center, Princeton University, Penn State University, Caramoor, San Francisco Performances, and Boston’s Celebrity Series. The quartet also makes its debut at Strathmore and with Kansas City’s Friends of Chamber Music. In Europe, the Calidore performs in respected series in the Netherlands, Belgium, Germany, Italy, Denmark, Poland, Spain, and Switzerland. The quartet continues to collaborate with artists including pianists Marc-André Hamelin, Pavel Kolesnikov, Yeol Eum Son, Sophiko Simsive, and Henry Kramer, violists Lawrence Power and Matthew Lipman, cellist Clive Greensmith, bassist Xavier Foley, guitarist Sharon Isbin, and oboist Cristina Gómez Godoy.

On the Calidore String Quartet’s 2018 Signum release, Resilience, it “presents an impressive sense of ensemble” in a “cleverly devised selection of quartets” (Strad) by Mendelssohn, Prokofiev, Janáček, and Golijov. The Calidore’s other commercial recordings include two albums recorded live in concert at the Music@Menlo Festival; Serenade, featuring music for string quartet from the Great War by Hindemith, Milhaud, Stravinsky, Ernst Toch, and Jacques de la Presleon the French label Editions Hortus; and their 2015 debut recording of quartets by Mendelssohn and Haydn, which prompted Gramophone to call the Calidore String Quartet “the epitome of confidence and finesse.” The Calidore’s members were featured as Young Artists in Residence on American Public Media’s Performance Today, and their performances have been broadcast on NPR, the BBC, the CBC, SiriusXM Satellite Radio, Korean Broadcasting System, Bayerischer Rundfunk (Munich), Norddeutscher Rundfunk (Hamburg), and were aired on German national television as part of a documentary produced by ARD public broadcasting.

As a passionate supporter of music education, the Calidore String Quartet is committed to mentoring and educating young musicians, students, and audiences. The Calidore serves as Quartet-in-Residence at the University of Delaware and the University of Toronto. It has conducted master classes and residencies at Princeton, Stanford, the University of Michigan, the Colburn School, Stony Brook University, UCLA, and Mercer University.

The Calidore String Quartet was founded at the Colburn School in Los Angeles in 2010. Within two years, the quartet won grand prizes in virtually all the major US chamber music competitions, including the Fischoff, Coleman, Chesapeake, and Yellow Springs competitions, and it captured top prizes at the 2012 ARD International Music Competition in Munich and the International Chamber Music Competition Hamburg. An amalgamation of “California” and “doré” (French for “golden”), the ensemble’s name represents its reverence for the diversity of culture and the strong support it received from its original home: Los Angeles, California, the “golden state.”

The Bellingham Festival of Music is one of America’s premier virtuoso orchestra festivals. Each summer the Festival returns to Bellingham, Washington to perform a repertoire of the finest symphonic music. Members of the orchestra all hold artistically prestigious positions elsewhere, and many of them are principal players in major North American symphony orchestras. The Festival also features world famous guest artists and young rising stars. Learn more about Bellingham Festival of Music at http://bellinghamfestival.org/