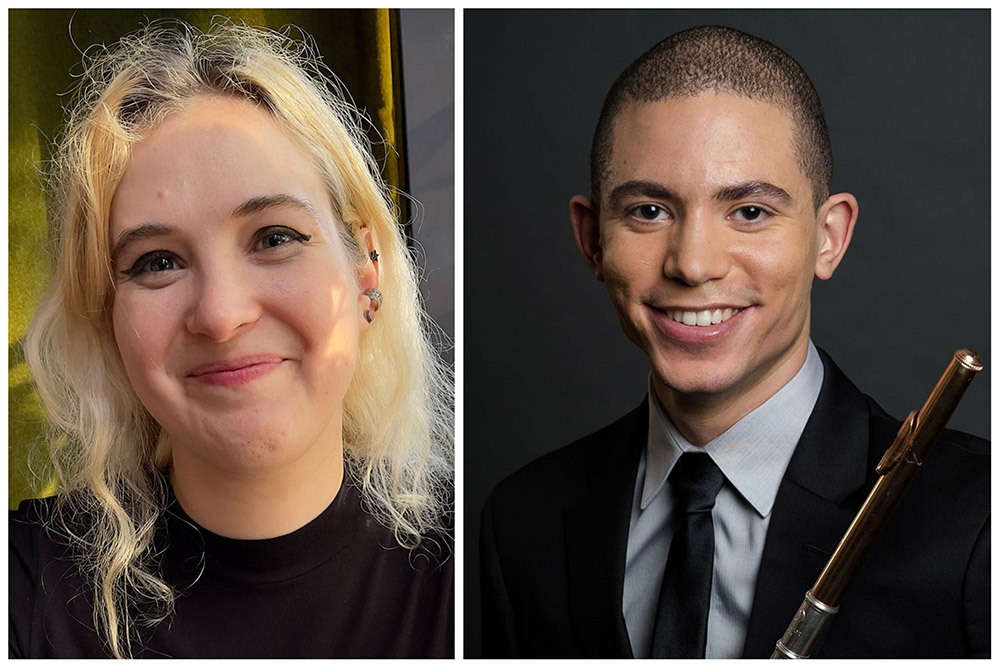 TJ Cole has been commissioned to write a new piece of music for flutist Anthony Trionfo with piano and electronics.  TJ is currently Composer in Residence with the Louisville Orchestra for the 2022-2023 season.  TJ has won two ASCAP Morton Gould Young Composer awards (2014 and 2020), including the Leo Kaplan Award in 2020 for their string sextet 'Playtime'.

Anthony Trionfo is a graduate of the Colburn Conservatory of music in Los Angles, California.  He is a very talented flutist.  Anthony and TJ have been friends since early school years and they are both very excited about working together on this new piece.

Your donation to Cortet will help make this new piece of music possible.

Performance of
donate to
TJ Cole and Anthony Trionfo

TJ Cole has been commissioned to write a new piece of music for flutist Anthony Trionfo with piano and electronics.

Your donation to Coretet will help make this new piece of music possible.

donate to
Future Commissions by
TJ Cole and Anthony Trionfo 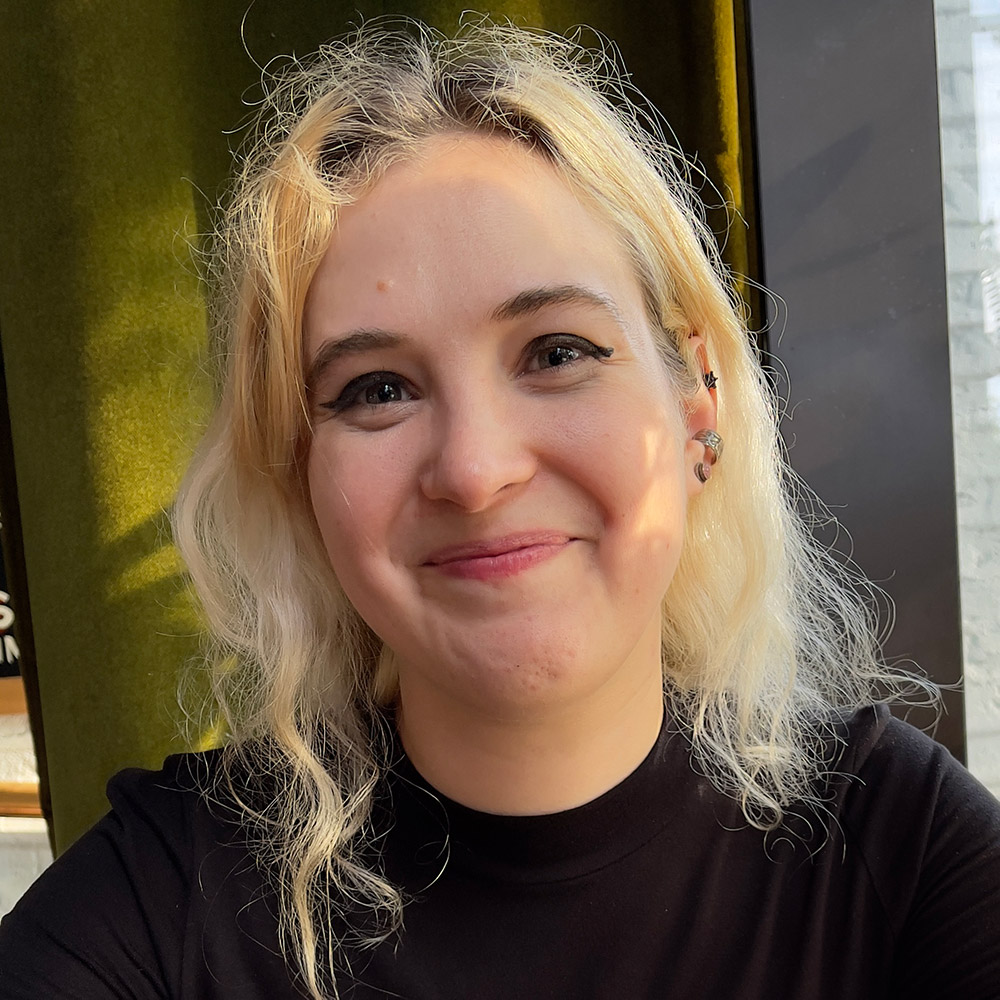 TJ Cole (they/she) is a composer and synthesizer performer, originally from the suburbs of Atlanta. They are currently in a yearlong residency with the Louisville Orchestra, part of the inaugural year of the Louisville Orchestra Creators Corps, where they are writing new large-scale works for orchestra and organizing community engagement projects throughout Louisville, Kentucky.​​ 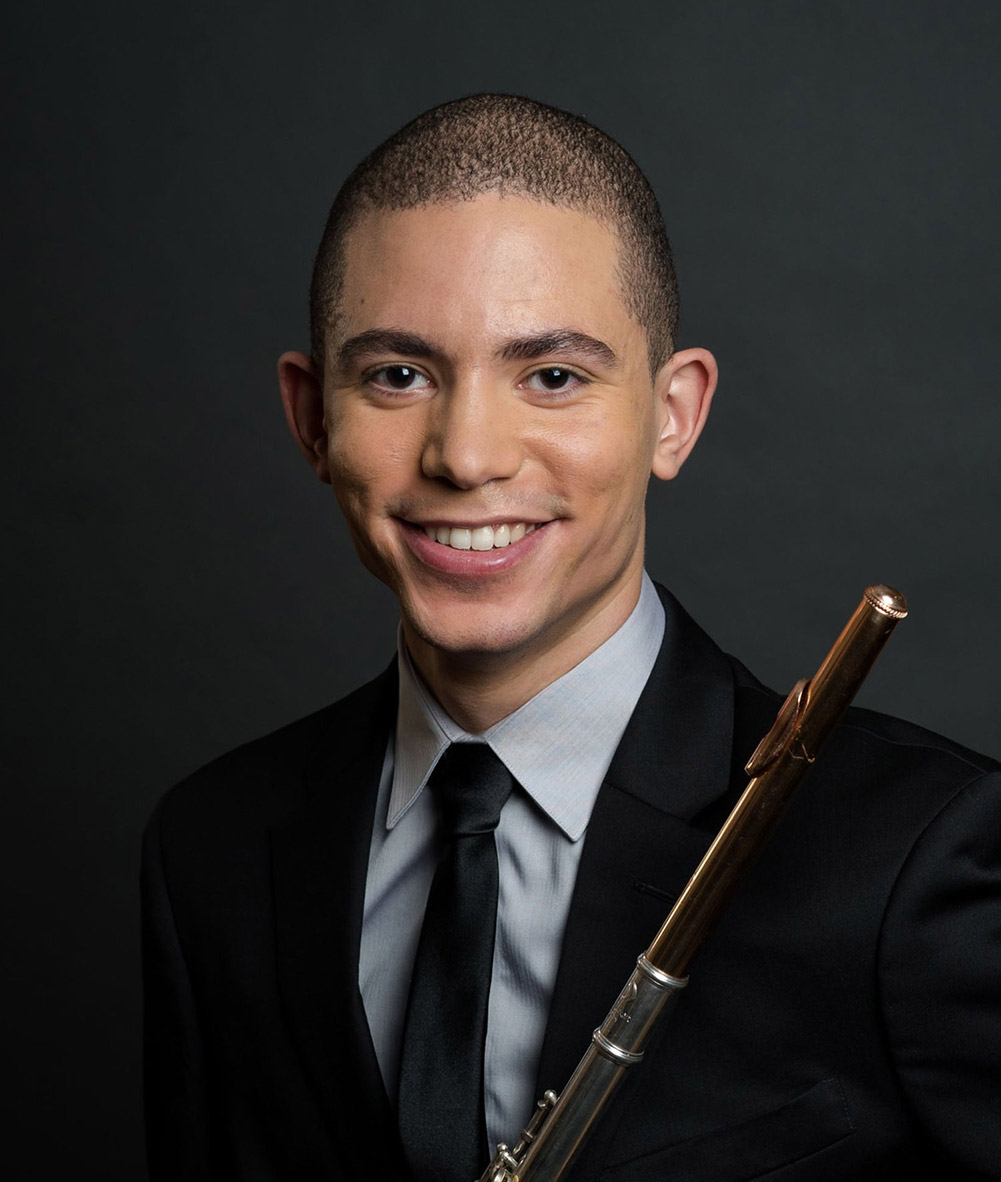 Known for his “soaring flute… where dance and song become possible again” (The Boston Musical Intelligencer), Anthony “Toney” Trionfo is a “breezily virtuosic” (The New York Times) musician who is actively building one of today’s most exciting musical careers.

Anthony is devoted to creating positive change in organizations and removing barriers for musicians. In 2020, Anthony curated the panel discussion “Learning to Listen: A discussion addressing the nuances of the Black experience within classical music.” Its success allowed him to create the “Illuminate!” series, presented by the Sphinx Organization alongside fellow musicians Steven Banks and Randall Goosby, which explored relationships between pedagogy, allyship, and queerness in the music field. Anthony is also a founder of the Umoja Flute Institute, a non-profit dedicated to providing flutists of African descent with the tools needed to succeed and thrive at all levels of music making. He is a faculty member with MusicAlly, an international virtual learning platform that provides musical instruction to all interested students regardless

of their financial needs and serves on the Diversity, Equity, and Inclusion Committee for the Aspen Music Festival and School.

With true passion for nurturing the growth of musicians at all levels, Anthony has been on faculty for programs at The Juilliard School and Interlochen Center for the Arts. He presents masterclasses, clinics, and workshops often and has worked with organizations including DC Youth Orchestra Program, Harmony Program (NY), Harmony Project (CA), Jumpstart Young Musicians Program (CA), Edmonton Flute Association, Florida State University, Iowa State University, and University of the Pacific. He maintains a successful private studio of wildly individual and inspiring students.

Anthony completed both his master’s and bachelor’s degrees from the Colburn School Conservatory of Music in Los Angeles, California under the tutelage of James Walker, former principal flute of the Los Angeles Philharmonic. While at Colburn, he served as Student Council President, Performance Forum Master of Ceremonies, and became a

Teaching Fellow, where he studied the art of pedagogy under Dr. Robert Duke. He completed his high school studies at the Interlochen Arts Academy in Interlochen, Michigan as a student of Nancy Stagnitta. He has had additional studies with Nadine Asin, Timothy Day, Dr. Megan Lanz, Emmanuel Pahud, and Mark Sparks.

Anthony is a Burkart Flutes & Piccolos artist and plays a 998 Elite silver flute with a 19.5k gold headjoint.

You can learn more about Anthony by visiting him at his website, trionfoflute.com or on Instagram @toneyflute